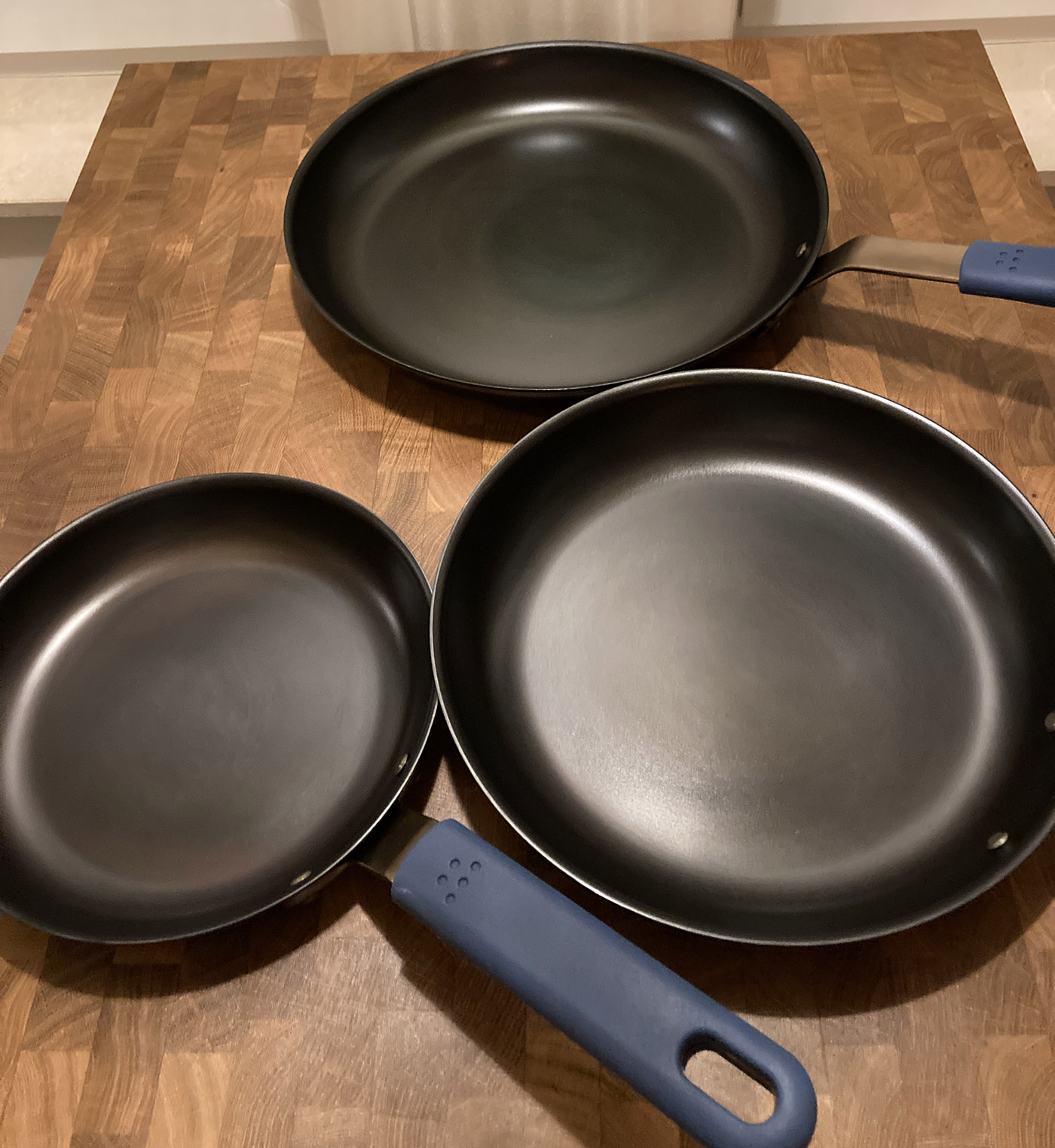 They finally arrived!
Another Kickstarter project I helped funding, back in February. They should have been delivered in June, so quite a delay here.
At Kickstarter there’re lots of complaints. Mainly about the delayed delivery of course, but apparently also about the poor quality, damaged in transport, rust, … Not much good. Of course, people complain much faster than they would say something good.
So, here’s my view on the The Misen Carbon Steel Pan(s).

They were pretty good packed. Individually in a plastic sleeve and with carton between them. After the long journey they received some bumps so there were some scratches but nothing to much, nothing a piece of sandpaper can’t remove.
This is the first picture after unboxing:

First thing I did was giving them a good wash with warm water and soap. They then went into the oven at 100°C to heat them up and let the beeswax melt. After that they were washed again, this time with boiling hot water and soap. I used a iron sponge and a sandpaper sponge to clean them.
This is how they looked after the cleaning:

Because I needed to test the pyrolysis cleaning of the new oven I put them in there, that way I was also sure none of the beeswax would remain. After that cleaning I washed them again with warm water.
Time for the first oven seasoning. Despite I read many negative comments about the seasoning wax I tried it, future will tell if it’s good or not.
After 2 rounds of oven seasoning they look awesome, can only hope they perform like they look.

So, basically, they’re ready to use. I couldn’t resist doing a quick egg test in the smallest 8″ pan and it went almost flawless. Just a tiny bit sticked. after loosening it, the egg slid over the pan. That’s normal as the anti-stick layer builds with a lot of time and patience.

I only noticed one small issue: the handle of the 10″ is longer than that of the 12″. Construction error?

Conclusion is that the seasoning went a lot better than the De Buyer pans, but they were my first carbon steel pans, I had still a lot to learn about them.

This site uses Akismet to reduce spam. Learn how your comment data is processed.