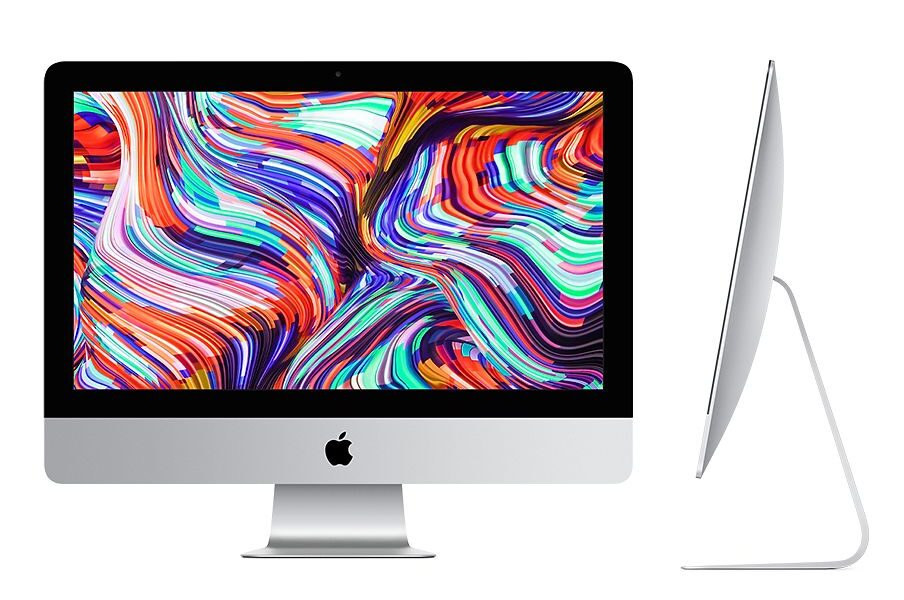 The new iMac 27″ 2020 has arrived and in use since several days. Not that my previous iMac was broken, slow or anything. Just wanted something new, something bigger, something faster.
So I went for the i9-10910 processor. That’s a Intel i9 10th generation 10 core with a baseclock of 3,6Ghz and Turboboost to 5Ghz, the fastest processor currently available for an iMac, definitely enough CPU power. For memory I went for 64GB 2666Mhz DDR4. Plenty of memory is pretty awesome because MacOS then can keep lot’s of recently used files in cache. The second time you open an application or a file it’s insanely fast. Look at the Blackmagic Speed test below to see how fast.
I also chose to upgrade the SSD to the 1TB version. Main reason for that is that the SSD is soldered to the mainboard and thereby can’t be replaced by the end user, or maybe not even by a Apple Care center. I only use about 150GB of storage, so all the extra space is very good for the lifetime (wear level) of the SSD.
The “Apple” SSD isn’t lighting fast. The Blackmagic disk speed tool shows a 3000MB/s sequential write and a 2500MB/s sequential read. I also did the same test on a RAM drive wich proves my earlier point about files in cache. The memory is at least 3 times faster than the SSD. Is say ‘at least’ because these is a sequential disk test. I’m pretty sure in a random disk test the memory would even more outperform the SSD.

I also did the same test on a RAM drive wich proves my earlier point about files in cache. The memory is at least 3 times faster than the SSD. Is say ‘at least’ because these is a sequential disk test. I’m pretty sure in a random disk test the memory would even more outperform the SSD.

The 5K Retina display with True Tone is also very nice. I had to jump into the settings to have everything as small as possible. With this I can finally use windowed applications instead of always working in full screen.
Another great improvement are the microphones and speakers. I don’t care about the webcam, don’t use that in conference calls.

So, lot’s of nice specs. Besides that I now run MacOS Catalina of course. Also there are numerous small nice new features to find. For example something nifty: after taking a screenshot you can mark it up on the screen of your iPhone. Just like that, just with a click on a button the image appears on the screen of the iPhone. Every line or mark you draw their is instantly visible on the screenshot.

Well, if you also fancy a nice computer like this, go to https://www.apple.com/be-nl/shop/buy-mac/imac/27-inch and make your choice.

Maybe another point to conclude this post: power consumption and heat. Although the processor has a bigger TDP the power consumption is similar as my previous 21″ iMac from mid 2011, maybe even a bit less. Also the heat dissipation is a lot less than before. The 21″ iMac always felt warm. The new one only get’s warm when performing big CPU intensive tasks. So for normal day usage the CPU stays at 45°C with the fan at minimum.